I’ve decided to repost this glossary here in my Folk Magic 365 series. I’m trying to start keeping all my writings in one place.

Bad thing: Refers only to witchcraft performed as a way of hurting, killing, or poisoning someone. A bad thing can be anything that someone steps in, i.e. powders, tricks, etc. or a bad thing can sometimes be sewn into clothing or hidden in someone’s house, barn, etc.

Black Magic: The work of witches that has been empowered by the Devil or by evil spirits, strictly used in a negative sense by hillfolk. There is never any reference to “white magic”, but instead to more benign forms of folk magic like yarb work, or faith healing.

Booger Dog: “Booger” refers to a whole host of mythical black animals that are sometimes thought to be a witch in disguise. Black animals in general are often looked at with suspicion by Ozark hillfolk. It’s said that the only way to kill a witch or booger dog it to shoot it with a silver bullet.

Charm: Generally refers to a good or “white” magic used to protect, heal, or drive out bad spirits. Can either refer to a physical object that is carried or to a verbal charm that is said in silence to heal a patient. See verbal charm.

Conjure: A similar concept to rootwork, rarely used in the Ozarks. Vance Randolph mentions “conjure” once in his Ozark Magic and Folklore but in reference to magic of African origin that was often brought into the Ozarks. There’s a least a little bit of suspicion on the part of hillfolk to “conjure” which is sometimes seen as black magic.

Conjurer: Someone who conjures, rarely used in the Ozarks. See above entry.

Dark Arts: The domain of witches, certain black magics empowered by the Devil or by evil spirits.

Drawin’ in: To attract something helpful or beneficial to oneself. Usually refers to divine favor, love, or fortune.

Faith Healing: Similar concept to spirit healing, healing by way of prayers, verbal charms, or divine intervention. Usually refers to healing without the use of typical folk healing devices such as yarbs or herbal medicine.

Gift: Refers to the “second sight” or natural ability to heal that is given by God to a person at birth. Usually there is a sign, such as the caul covering the baby’s head at birth, or strange birthmarks, being born close to the death of a relative, or on a relative’s death/birth date etc. There are many signs of the gift. It is sometimes thought to be passed down through family lines. Healers in the Ozarks will often not charge for their work because of this. It’s thought that to charge for using a gift from God would be blasphemy.

Goomer doctor: Similar concept to the witch doctor, someone who uses charms and prayers in as a way to remove “goomering” or witchcraft. This form of folk magician is accepted by most Ozark hillfolk as a servant of God, therefore the work they do, unlike that of witches is considered an aid rather than a hindrance or hurt.

Granny woman: Name given to older women who act as healers and midwives. Often heard in the Ozarks. Most likely comes from the Appalachian Mountains.

Hag: A witch, or a worker of the dark arts or black magic. Witches, unlike doctors or healers, etc. are said to have gained their powers from the Devil or evil spirits.

Haint: A ghost or spirit. Comes from “hainted” or “haunted”. There’s a certain blue color called “haint blue” that used to be popular for painting front doors as a way of protecting the house and its inhabitants.

Lay down: Usually used in a negative context, this refers to placing a spell on the ground or burying it so as to harm a person when they walk over it. Usually the domain of witches or hags.

Marks: Mysterious signs of witchcraft on a person’s body. Often takes the form of discolored streaks in the skin, exposed veins, scratches, mysterious cuts, or bruises.

Power Doctor: An old name that refers to a traditional healer who uses physical charms, verbal charms, or prayers more than yarbs and medicines in healing. It’s rare these days to hear this name, even among the old folks I’ve known.

Risin’: A boil or sometimes a pimple. A sore spot that rises up on the skin.

Root Doctor: Sometimes heard in the Ozarks, but more often refers to more Deep South folk healers, usually with an African influence. I’ve heard this term once, it was in south Arkansas which is culturally closer to Louisiana or Mississippi.

Spell, spellwork: Usually used in a negative sense referring to the work of witches or practitioners of the dark arts.

Spelled, spellt: The condition of having witchcraft put upon you. Can manifest in many ways. Typical ways are unexpected sickness or a sudden loss of luck or money. Can be removed by the Power Doctor, Witch Doctor, or Goomer Doctor.

Stepped in somethin’: A phrase referring to coming into contact with a bad thing by stepping on/in something that was laid down in your path.

Throwin’ spells: Refers to witchcraft where a spell is cast upon someone, sometimes by having a physical object like a witch ball thrown at them.

Tricks: Refers to witchcraft, tricks are bad things that are laid down in someone’s path, often refers to certain powder mixtures that are placed on the ground or buried as a way of hurting someone when walked upon.

Verbal Charm: A prayer or phrase that is said in order to bring about a certain affect, such as healing, stopping blood, removing warts, burns, etc. Charms are almost always said in silence as it is thought the power will be removed if someone else hears it. In the Ozarks charms are most often passed down from the charm holder to someone who is younger and of the opposite sex. Some people think they can only be passed through a family, others that they can be passed to anyone. There’s a mixed belief over what happens to the charm after it’s passed. Some say that the original holder can no longer use the charm, others that its power is lessened, some that it doesn’t go away at all. Some healers refuse to write down a charm saying its power will be lessened, others have to problem writing it down for their own reference. Many Ozark charms have a long history and can be traced back to Europe.

Wished, wished on: To be bewitched, to be under the influence of a witch. A much more common phrase than spelled, or spellt.

Witch ball: A ball of matted hair and/or feathers mixed with wax that is then thrown at a person, or laid down in their way as a means of hurting/killing this person or bringing them under the witch’s influence.

Witch: Refers specifically to a worker of the dark arts or black magic. Witches, unlike conjurers, root doctors, power doctors, etc. are said to have gained their powers from the Devil or evil spirits.

Witch Doctor: In this case witch doctor is used in a positive sense and refers to a healer who is able to take witchcraft or goomering off of a person.

Witchcraft: The dark arts or black magic, refers to spells or conjures that have been empowered by the Devil or evil spirits and are used to hurt the innocent.

Witched: The condition of having witchcraft put upon you. Can manifest in many ways. Typical ways are unexpected sickness or a sudden loss of luck or money. Same as wished.

Yarb Doctor: Someone who heals by means of yarbs or herbs, either medicinally or “magically”.

Sources for these words comes from the works of Vance Randolph, Mary Celestia Parler, Otto Ernest Rayburn, and my personal findings. 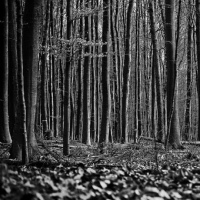 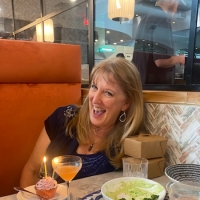 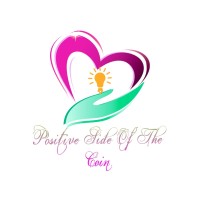 My Tweets
Chasing The Perfect Moment...

a look at experiences beyond this world

Witchin' My Way: Shining in the Dark

My Journey down the rabbit hole with the Gods: Hekate and Loki (& others who occasionally pop in!)

Adventures of A Mage In Miami

A blog dedicated to the weird little adventures of a Cuban Magician living in Miami, Florida as well as my work doing consultations

Treasured poetry and bargain prose await all who enter here.

Museums of People // Libraries of the Dead

Within a Witches Wood

Living the Life of Magick and Devotion

The Musings of a Hillybilly Goomer Doctor

From the Poet's Heart

OVER THE HILL on the YELLOW BRICK ROAD

Growing older with silliness, high spirits and a lot of heart.

Crafts and Ramblings of a Disenchanted Cradle Witch