If you are using oral corticosteroids, such as beclomethasone, methylprednisolone, or prednisone, it is important not to overuse or misuse Aloe vera juice. A potassium deficiency can develop, and you may experience toxic effects from the medication.

Although it is removed, in practice Aloe vera juice may sometimes still contain tiny quantities of the laxative compound found in aloe latex. Should you begin to have cramps or diarrhea do not ingest any more of the juice.

Allergies to aloe vera are very rare. Yet any food can be a potential allergen. Test a small amount on the inner arm to see if any reaction takes place. If no irritation on the skin is observed then it is generally tolerated. If ingestion causes diarrhea, then reduce the amount you ingest, increasing use slowly over several days until the desired amount is tolerated.

Aloe vera, also known as Aloe barbadensis, has been a staple for thousands of years in many cultures around the world. Today, it’s used in lotions, ointments, creams, sunburn remedies, and cosmetics, among other things. Traditional uses for aloe vera include soothing burns, moisturizing skin, and healing small wounds. Many people even apply it to reduce the appearance of acne. Aloe vera offers a wide range of nutritional benefits that support more than just skin health. Let’s take a look at some other uses you may not know about.

The immune system requires oxygen-rich blood. Aloe vera supports nutrient absorption, a key factor in maintaining blood-oxygen levels. Oddly enough, one of the ways aloe does this is by keeping the digestive tract clean through bowel regularity.

Aloe also acts as an adaptogen, which keeps cells in balance. It helps protect them from stress and other factors that disrupt their function, in turn making it easier for the immune system to do its job.

Aloe vera is an abundant source of polysaccharides. Research shows these complex sugars improve the efficiency of the immune system. Aloe is also rich in the antioxidants that protect against free radicals.

Some preliminary research suggests aloe may also help with ulcerative colitis, a condition in which ulcers form in the intestines. In a clinical trial, 30 patients suffering from the condition were given aloe vera. Fourteen of the thirty patients reported some form of improvement; only four patients in the placebo group reported improvement.

Aloe contains acemannan. Acemannan and other polysaccharides are prebiotics that supports probiotics in the gut. When you have these ‘good guys’ in your gut, you’re apt to digest your food better, get more nutritional value from it, and just enjoy better health. A University of California, Davis study found people who consumed aloe vera absorbed vitamin C and vitamin B12 better.

4. Rich in Vitamins and Minerals

Aloe is loaded with vitamins, minerals, and antioxidants, including:

5. Aloe Vera is a Great Source of Nutrients and Enzymes

Aloe vera is often called a superfood because, in addition to vitamins and minerals, it offers more than 200 other bioavailable nutrients. It’s especially rich in the following enzymes, which support energy creation, hormone function, digestion, and toxin removal:

There is a group of nutrients known as secondary metabolites which are only found in aloe. Some of these include aloe emodin, chrysophanol, aloesin, and aloin. Research shows these nutrients can offer a number of other important health benefits.

Phytosterols are beneficial compounds in plants and aloe vera is a particularly rich source. Phytosterols help balance LDL cholesterol levels and support cardiovascular health. In a five-year study of 5,000 heart disease patients, researchers found those who consumed aloe vera and another plant called ‘Husk of Isabgol’ had better cholesterol and blood sugar numbers.

One of the best uses for aloe vera is to soothe all types of red, swollen, irritated tissue. It contains an enzyme called bradykinase that helps reduce irritation.

10. Aloe Vera May Have Anti-Aging Properties

It appears aloe vera does more than soothe and moisturize. It also offers anti-aging benefits that clear the appearance of wrinkles from the inside out. In one study, 30 women over the age of 45 took an aloe vera gel supplement for 90 days. By the end of the study, the appearance of their facial wrinkles decreased and their skin looked better.

Aloe vera does a lot more than soothe a sunburn. It’s good for skin and is a potent superfood that delivers powerful nutrition. There are several ways to harness the benefits of aloe vera. You can take it as a juice, a gel, or in pill form. When choosing an aloe supplement, check the ingredients. Some products include ingredients other than aloe vera and may not contain the nutrients, ingredients, or concentrations you expect, acemannan in particular.

Acemannan pronounced “ace-man-nan”, is a polysaccharide found in the inner part of aloe vera leaves. It’s actually the component that sets aloe vera apart from the 400+ other species of aloe plants. Acemannan has many nutritional qualities and is largely responsible for the benefits aloe vera offers.

Do All of Aloe Vera’s Health Benefits Come from Acemannan?

Aloe vera offers many health benefits and you’ve probably noticed that there are a lot of aloe vera products on the market. Topical products like lotions and creams take advantage of aloe vera’s unique ability to soothe skin. Aloe vera also offers a wealth of internal benefits. For example, studies have shown that formulas with acemannan outperform other remedies for oral wounds.

There’s a lot of evidence to suggest that, when ingested, aloe vera supports immune health, is very soothing, and even aids digestion. Some research indicates that acemannan can help support normal blood sugar and triglyceride levels. As beneficial as acemannan is, there is a matrix of other vitamins, minerals, and other nutrients working together within the plant.

The best way to ensure you’re getting acemannan is to verify that the aloe vera product you’ve chosen is made from the inner aloe vera leaf, not the outer leaf or whole leaf. There are big differences between the inner and outer leaf. For instance, certain compounds within the outer leaf are known to cause severe gastric distress, stay clear!

What about consuming fresh aloe vera straight from the leaf? Certainly doable, but not everyone appreciates the taste, as aloe vera can be bitter and overpowering, even when mixed with juices or smoothies. It’s also difficult to consume the gel from the inner aloe vera leaf without ending up with part of the outer leaf and all that comes with it.

What About Aloe Vera Juice?

Some people prefer aloe vera juice but it can be difficult to find a juice made with only inner leaf aloe vera. Even juices that are made using the gel from the inner aloe vera leaf may still contain other additives. 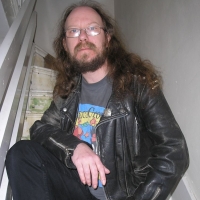 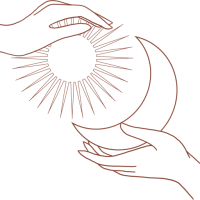 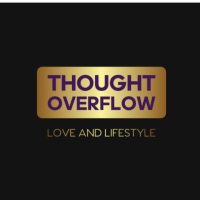 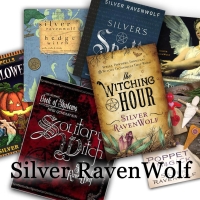 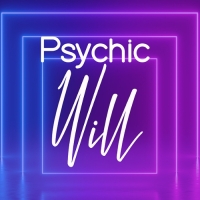